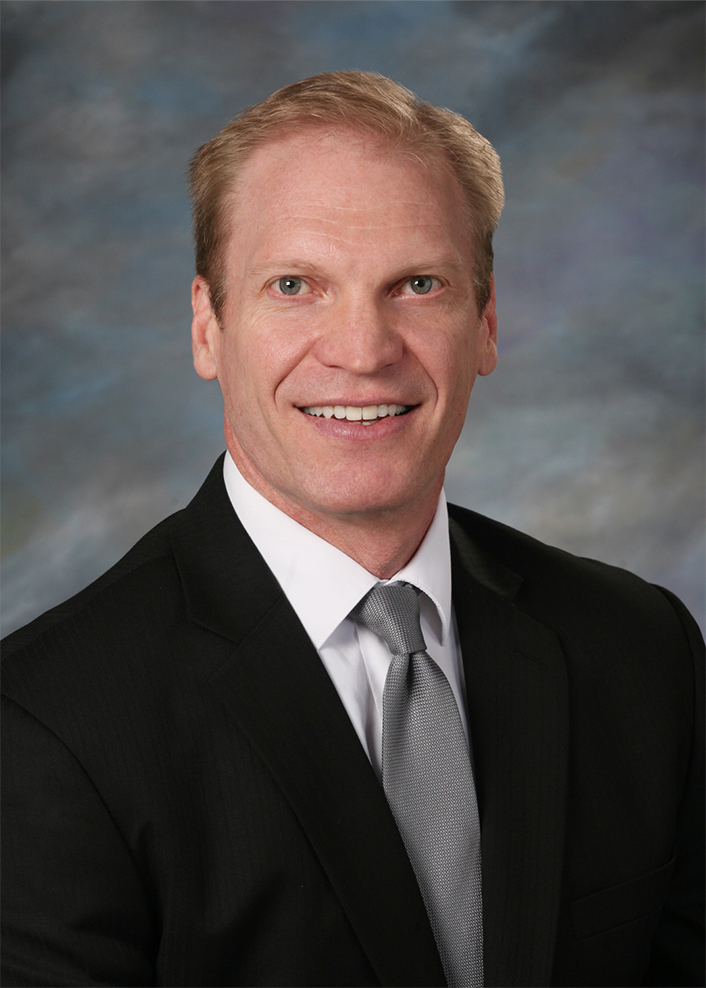 Dr. Peters is a board-certified ophthalmologist who received his Bachelor’s degree in Biology from Creighton University, and following a year of graduate school in Molecular Genetics, went on to complete his medical school training at Creighton University School of Medicine.  His internship at St. Joseph Hospital in Internal Medicine was then finished and he went on to complete his residency in ophthalmology at the University of Nebraska Medical Center, and a Cornea and External Disease fellowship at the University of Florida in Shands Hospital.

On a national basis, he served as Nebraska’s Councilor to the American Academy of Ophthalmology for six years, and continues to meet with senators and congressmen in Washington, D.C., advocating for patients and his profession.  The American Academy of Ophthalmology recognized Dr. Peters nationally for his efforts in 2009, with the original Bulldog Award, now given annually to the most energetic and tenacious ophthalmologist nationwide engaged in assuring the highest standards of medical and surgical vision care.  In that same year, he received an Outstanding Service Award from the Nebraska Academy of Eye Physicians & Surgeons.  He then was appointed as the AAO’s Regional Representative assisting Iowa, Missouri, Kansas and Nebraska state eye societies in governance, education and advocacy.  He serves as a mentor for the AAO’s Leadership Development Program each year, assisting and advising young ophthalmologists who desire to become leaders in their profession.  He received an Outstanding Service Award and Distinguished Service Award from the AAO in 2011 for his work in the AAO’s Council for six years.  In 2016, he received the AAO Secretariat Award for his efforts in Nebraska, and his contributions to the AAO.  As of 2018, he has been appointed as the AAO’s Associate Secretariat for State Affairs continuing his efforts to ensure excellence in patient care and maintaining proper training standards throughout the country.

Dr. Peters has been, and remains, an active volunteer providing free medical and surgical care for patients through such entities as the Ryan White Program, Prevent Blindness Nebraska, the Hope Medical Outreach Program and the National Eye Care Project.  In 2007, Dr. Peters was honored as the Nebraska Medical Association’s Physician of the Year, in large part due to the extensive volunteer work he has performed during his career.  In 2017, he was recognized by the Hope Medical Outreach Program with the Milagro Award, for exceptional generosity in providing free medical and surgical care to those in need in the Omaha community for the previous 16 years.

In his spare time, Dr. Peters enjoys landscaping, bicycling, reading, spending time with friends and family, and the great outdoors.

Make an appointment for yourself today